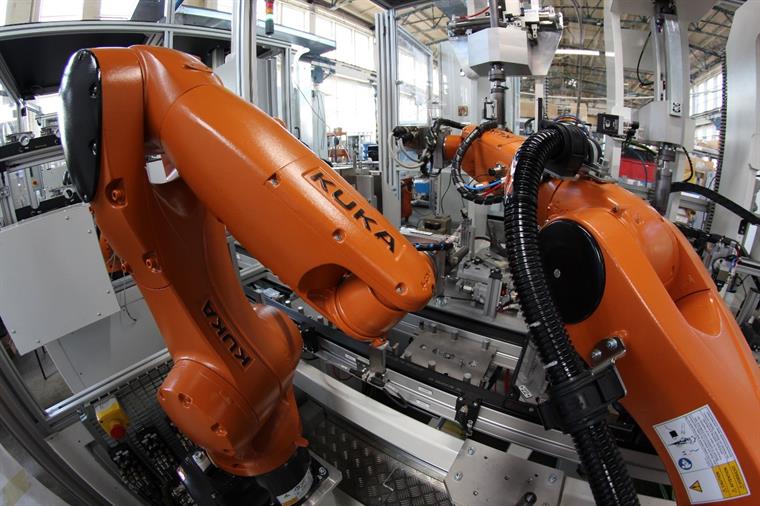 This system was developed in response to a customer’s request to design and build an assembly line that could assemble two products: valves with two shutters and a one-way valve.

The solution developed was represented by a complex line of 12 stations, including 14 robots and various processes, such as hydropneumatics insertion with force and stroke supervision (Maxymos Kistler), leak test with Ateq system, laser welding with Rofin, friction welding with Mecasonic, meshing gears with our design, and screwing with Weber.

The hydropneumatics insertion was used for bushing, bearing or shaft insertion in scope of reducing costs. After that, we developed a specific adjustment system with micrometric axis, which is acting on the opening of the flap. The system was free from leakage because we measured a flow in conformity to the customer request.

We also used a rotary table with for positions--one for loading parts, one for adjustment, one for recontrol and one for unloading.

The customer part was indexed to a ceiling, which was feeding some azote to clear the zone and after that we welded the sector gear to the shaft using ROFIN laser.

Our customer required a specifically accurate position for the gears. For that, we implemented a Z compliance gripper on the robot with analog sensor. The robot was repositioned beforehand using the camera which sent the angle of the gear on the feeding system.

Then the meshing was done by the position of the analog sensor, which allowed it to know if the gear were teeth on teeth, then the robot’s axis six was rotating a few degrees left and a few degrees right until the mesh was correctly done.

The biggest challenge was to develop an unreleased process, such as automatic loading of flap. This type of process did not exist in our customer's facility and this innovative solution helped them grow their production rate.