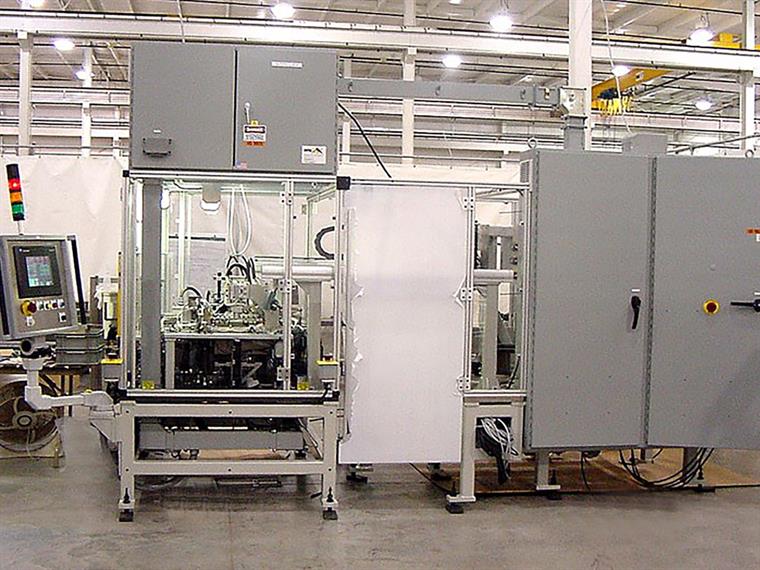 The customer wanted the team to design a system to punch rows from screen-printed Mylar cards. Cards are 325 ± 1mm square and have 1x18 rows printed to a card. Tolerance for punched row width is 15.00 ± 0.03mm, but more importantly, the screen-printed artwork must be maintained at ±0.05mm. Artwork on the card to the edge of the card is not held any better than ±1.0mm. Also, screen masks stretch as they are used for production, which changes the pitch of the artwork between each row.

The trick of the system resides in the SPC going on during each feed and punch cycle. As the feed servo moves the row into the punch, the laser registration sensors locate the screen-printed fiducials to within ±2 microns. Using a proprietary algorithm, the system calculates the positional error and makes corrections for both linear and radial orientation based on the trend of the row’s fiducials. Although the part specification was 0.05mm, the system typically kept the artwork to within 0.010mm as checked by the customer’s CMM system and our own vision tool.

The algorithm virtually guarantees that the row geometry matches the specification. If the system finds that it cannot correct the row (i.e., that the row is out by more than 50 microns), then the part is rejected. This assures the end user that no out of tolerance parts are delivered off the line.