Our new global website unifies our technology offerings and expertise from each of our divisions into a single solution for customers, partners, and job seekers to learn more about who we are and what we do. 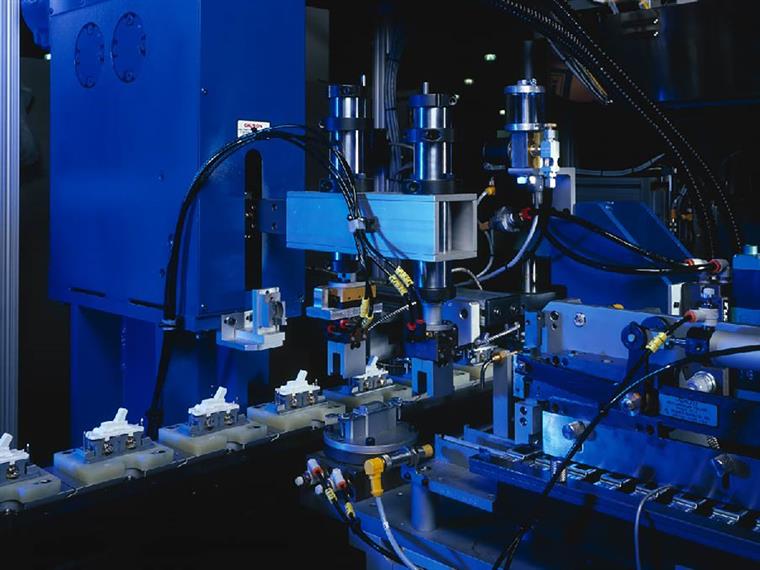 A JR customer needed a machine to assemble flip switches. JR designed and built the 660 Switch Assembly System, which assembles and tests residential and mobile home light switches at a rate of 45 parts per minute.

The 660 Switch Assembly System is divided into four main zones:
The assembly equipment consists of five major sub-assembly cells, each functioning to accomplish “milestone” stages of the 660 switch assembly. Each up-stream cell operates at a slightly faster rate than the adjoining downstream assembly cell to prevent starving the downstream cell. The five sub-assembly cells are:
Download